Sex, drugs, friendship, love, and the search for self-expression and identity. In an era where popularity and social media presence can be just as beneficial as it can be detrimental, being a teenager is a lot harder than it may seem to be on the surface. And while most shows would appear to shy away from addressing such mature themes and topics, others like HBO’s newest series Euphoria are determined to showcase the best, as well as the absolute worst, of this awkward period between adolescence and adulthood.


From the first episode alone, one can gather that this series will be exploring some heavy subject matter. Recurring images of drug use and abuse, both consensual and nonconsensual sexual activity, and graphic violence run rampant in the nearly hour-long run time, only softened by trippy visual effects and a bumping soundtrack befitting of a generation constantly living in the fast lane. Vibrant color schemes and the frequent use of shadows make up most of the aesthetic for Euphoria, highlighting its themes of freedom and self-exploration as well as adding to the claustrophobic like atmosphere the characters sometimes find themselves in. 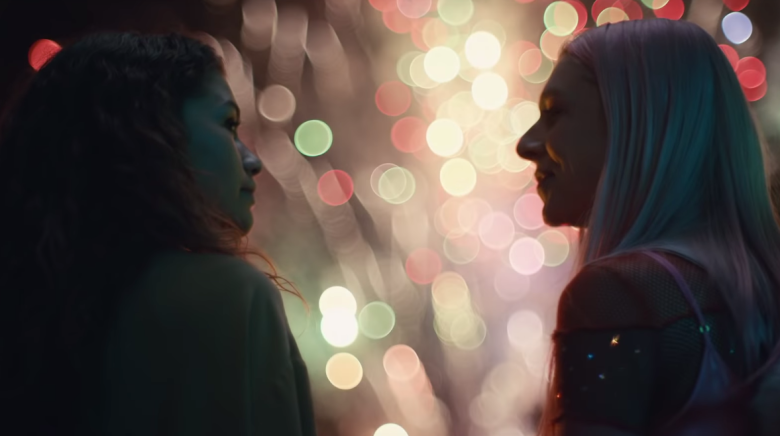 Everything about this show gives the impression of being both original and somehow familiar, but not in the traditional sense. These characters embody feelings that many people are sure to have experienced at some point in their lives or may be dealing with currently. Even with its more controversial portrayal of teenage life, the overall theme becomes clear. That life is a never-ending series of twist and turns that everyone is trying their best to navigate one day at a time.

0 0 0
Previous ArticleNEXT UP: Atlanta's Own ELHAE Is On The Rise
Next Article#BringBoondocksBack: Sony Announces Official Plans for ‘The Boondocks’ Reboot
Comments (2)