NEXT UP: Nel Dinero Talks Coming to America, ‘The Dinero Era’ EP and RollOfBandz Record Label

As an immigrant from Colombia, Nel Dinero has always been motivated to have a future of wealth, supporting his family and helping others in need. Being a businessman in the music industry has been the only way he’s envisioned setting those goals. He’s put all his passion into the music business from the start, not only as a rapper, but also by establishing a record label, management, and clothing line.

The young rapper, whose real name is Nelson, faced life challenges when he turned to the bar scene just after his father was diagnosed with Alzheimer’s. The Colombia native found himself putting his music on hold, but now he’s ready, more than ever, to get back on the music grind. His EP The Dinero Era is expected to be released on June 26 and tells the story of his life. 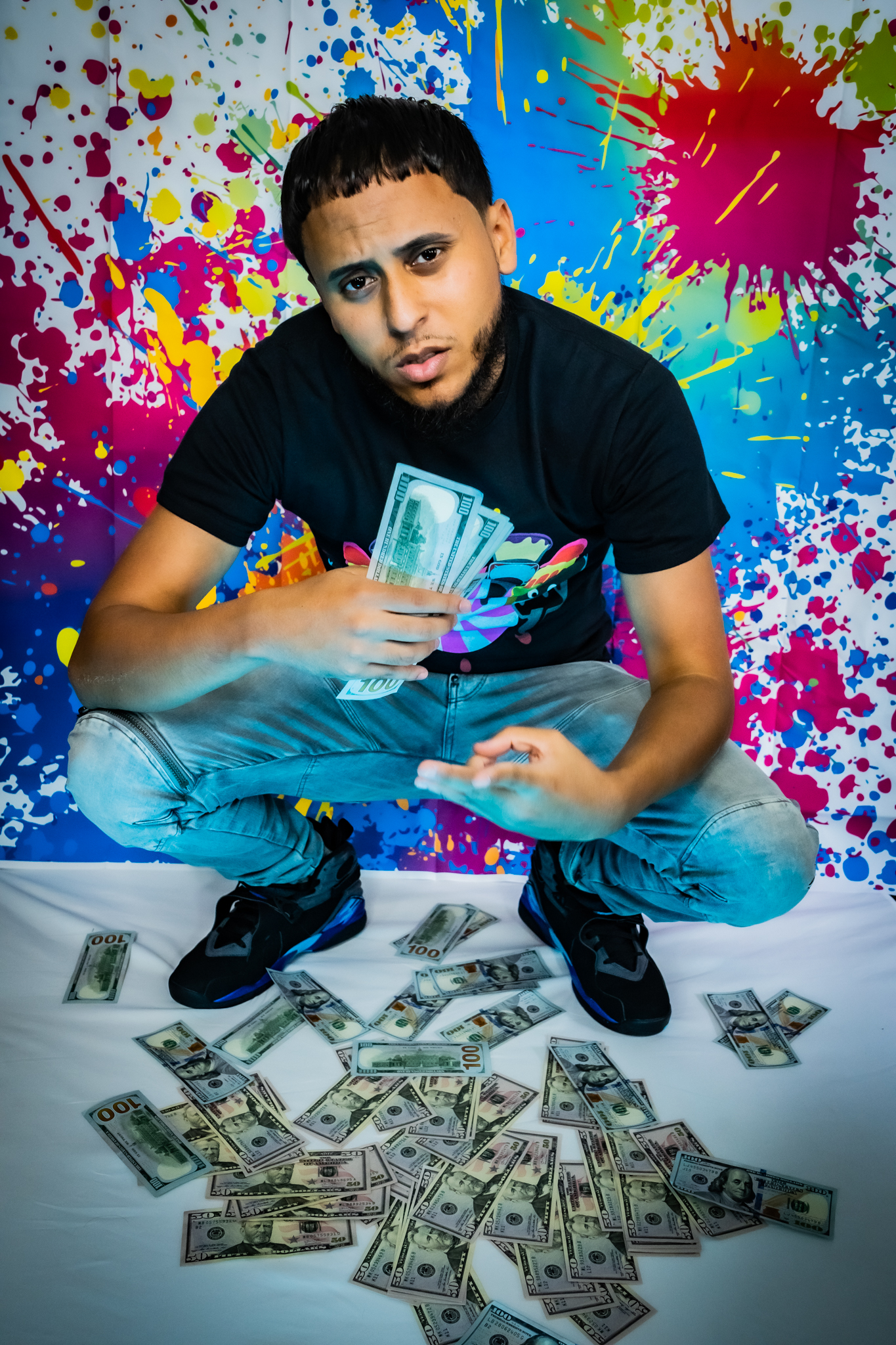 Nel Dinero, who got his rapper name from always working, was born in Colombia. He and his family later moved to the states at the age of 6 years old and resided in Long Island, NY. It wasn’t the easiest for him to transition from one country to another, especially having to learn the language and becoming familiar with a new culture. However, his passion for music was always something special to him and once he learned English, he found himself growing a passion for Hip Hop.

“It was really difficult because I only knew the Spanish language, I wasn’t able to interact with other kids,” he shared. “I was really shy. When I was younger, I wouldn’t really listen to music from out here [America]. I would more so listen to music from out there [Colombia] until I learned the English language and I started to understand things — that’s when I like transitioned.”

His influences are not the usual Tupac and Biggie that many Hip Hop heads would say, but instead, rappers like 50 Cent, Eminem, and Jay-Z were who he looked up to. He was drawn to them, considering that’s who he remembers listening to while adapting to the new cultures of Hip Hop and America. 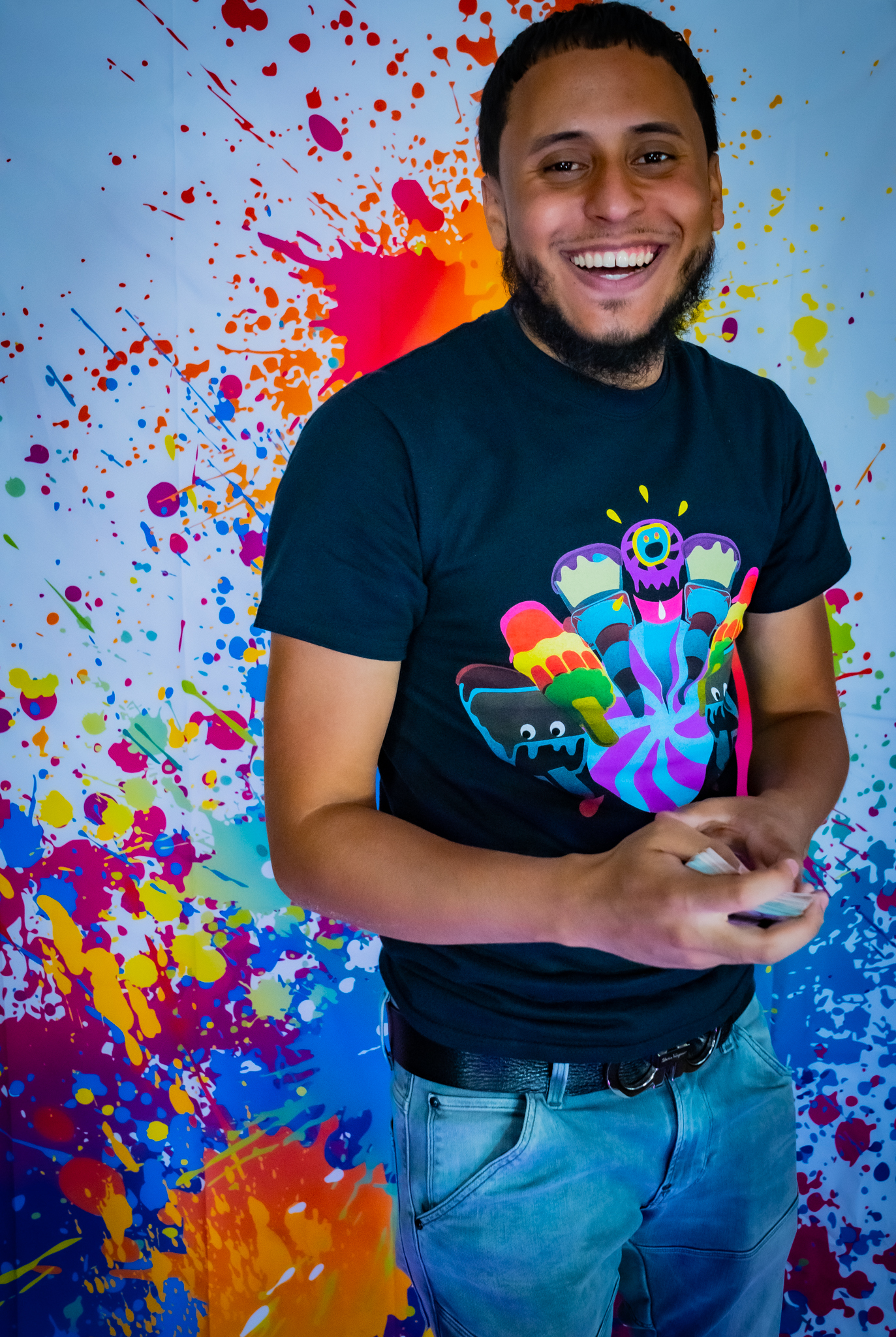 As a sophomore in high school, he believed that he could take the game seriously, as another student got him into writing rhymes. Dinero would see the student with headphones on while writing to beats and became inspired to do it as well. Even though he didn’t feel that he was the best at it, he continued to practice. However, he turned to music more after his father was diagnosed with Alzheimer’s.

“I was rapping before — at 15 — but I wasn’t actually recording I was just writing,” he explained. “So in 2015, when my dad’s Alzheimer’s hit, that’s when I actually hit the studio and started recording. It was really difficult for the family … I was going to the studio, but at the same time it was holding me back because I would go out to bars and drink and kind of like wash my pain away.”

The Dinero Era includes some of those creative flows, as it’s a collective of music he’s been working on from 2016 to now. The 10-track album expresses a timeline of what he’s been through, such as his hardships in life with his father’s diagnoses, heartbreak from relationships and personal struggles. He also taps into the fun side that life brings, essentially money and designer clothes. Dinero explained that the creative process behind the album depended on the beats he came across and what he felt at the moment.

“If it’s an up-tempo beat with like some trap type of tempo vibes, then I’ ma go about it [with] my flexin’ ways — how much I love designer and how much I love money,” He expressed. “If I hear something mellow like sad type — if I can rap about my pain, it would be about my dad’s Alzheimer’s.”

The Long Island raised rapper has never forgotten his roots or goals. In his single “Get With Dat,” released earlier this year, he raps about coming to America as an immigrant. He touches based on working hard to better his life. He expressed to TUC that “Get With Dat” was his first single to drop by himself and gain thousands of stream, in which he said, it felt good to “level up.”

Aside from creating music, Nel Dinero and his cousin, who goes by Los and helps manage Dinero, created the RollOfBandz record label and the LosRollOfBandz management, as a movement. They pushed the movement by taking merch to engineers and others who were in the studio. The two cousins even began selling merchandise to people from their neighborhood in Long Island, which is how Dinero’s name began sparking interests. It even allowed him to collaborate with different artists, such as Lou Got Cash and Chicago’s Famous Dex, who is also known for being signed to Rich the Kid’s label. 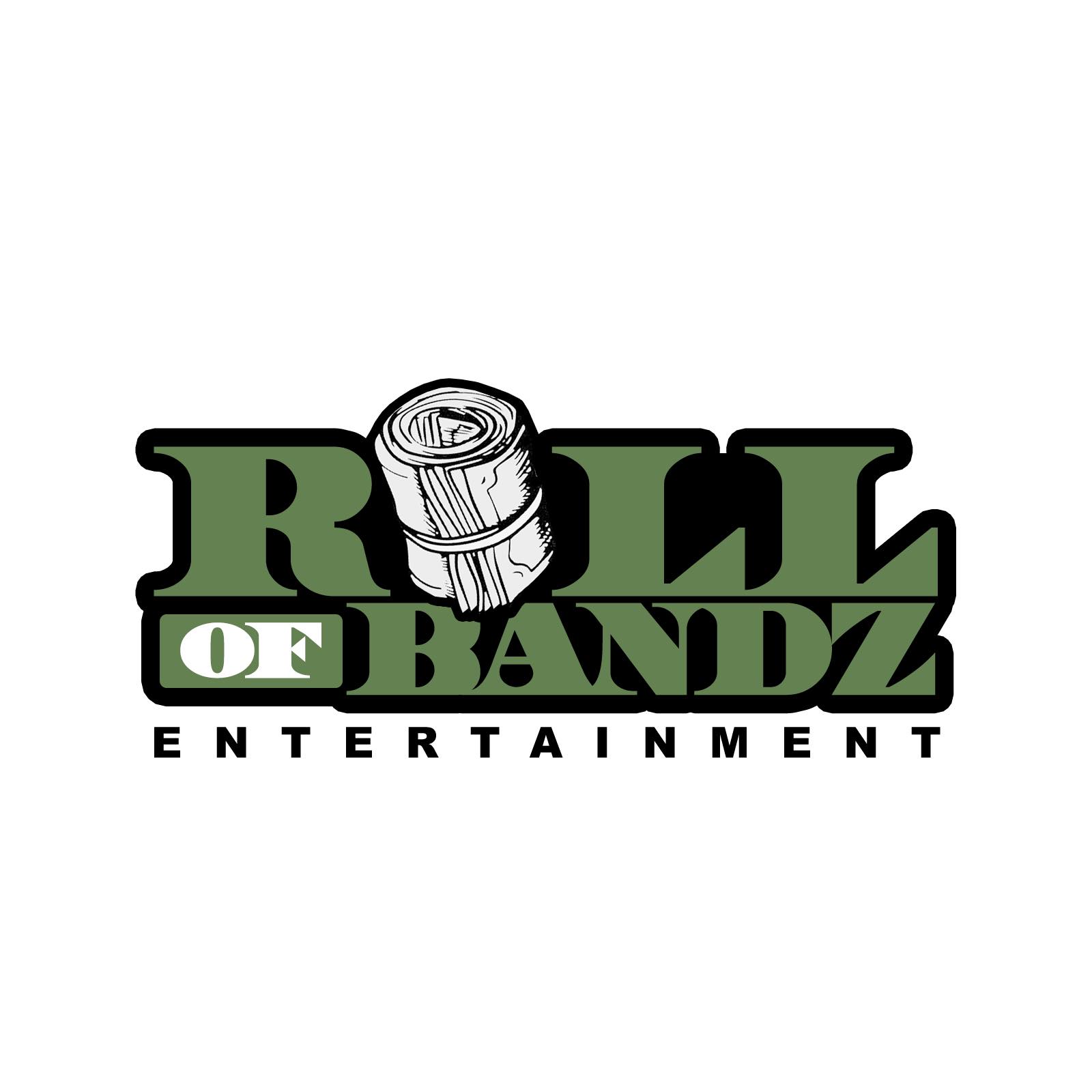 Nel Dinero’s future goals are to make sure his loved ones are good and to give back to his community and roots. He said that he would like to give meals to his neighborhood in NY and go to Colombia to provide street lights for their residents. The Long Island resident also mentioned investing in real estate and opening up a sneaker store.

“It means a lot to me,” he said while expressing what True Urban Culture meant to him. “It gave me a big impact to do music because all the artists that I listen to — I don’t sound like them, but it gave me a way to create my own sound and how I want to sound on a song. It opened my mind to be more creative.”

Realistic, hype, and pain is how Nel Dinero can describe his music in three words. The “Get With Dat” artist said that we can expect to hear more music from him after the EP drops, as he has some singles saved for a later release. Make sure you keep an eye out when The Dinero Era drops on June 26.